I'm That Freak at the Store 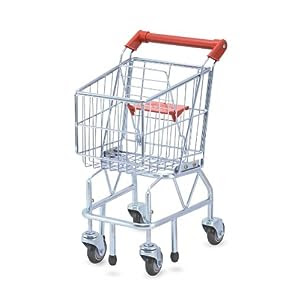 I was at the grocery checkout with my full cart.

And I DO mean FULL. People were staring. Getting it there was like pushing a Mack truck. I stack every inch of that cart, top and bottom, and have stuff hanging off the sides.

The checkout girl eyed the massive pile dubiously and asked if I was having a party.

She stared at me. Apparently I’m quite the oddity.

A man stopped and asked, “Are you one of them Extreme Couponers?”

I told him no.

He said, “Shoot. I always wanted to see one of them.”

I guess I’m not as odd as I COULD be.

(above image from amazon.com)
Posted by Christie at 10:32 PM 1 comment:


A friend from Alabama sent me her son's Flat Stanley so we could take his picture here in Hawaii.

You've heard of Flat Stanley, right? Schools assign this thing as a project; you're supposed to take pictures of your paper Stanley doing various things and/or send him to people in other states so he can be photographed there.

We actually did this once before (for a different kid) in Maryland and took Flat Stanley around to see our nation's capital.

My friend probably thought she'd get some awesome pictures by sending Stanley here to Hawaii. 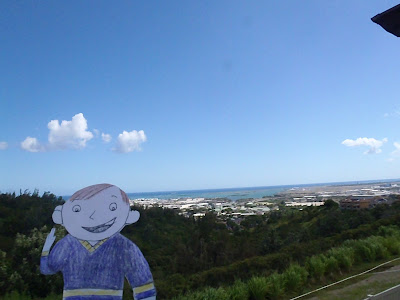 After all, this one is Stanley on the back porch of our new house. What a view!

However, it's not all sipping drinks with little umbrellas when you live in Hawaii, you know. Most of what we're doing here in "paradise" is pretty routine stuff.

It's been difficult to find real photo-worthy activities for poor Stanley around here, honestly. 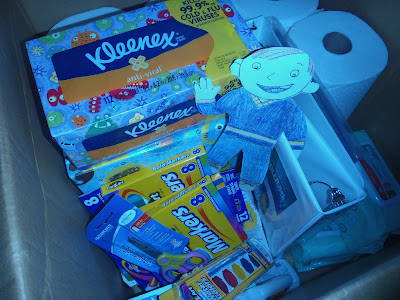 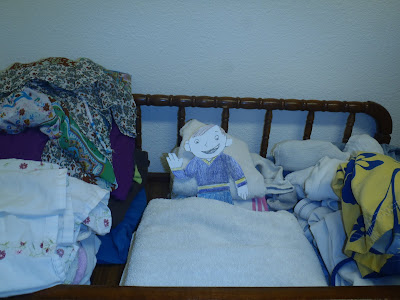 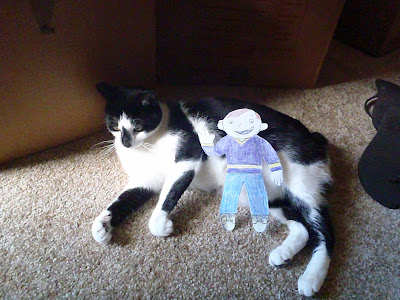 We call it: "Flat Stanley Pets the Cat While We Unpack Our Approximately One Million Moving Boxes."

And of course there's the activity that's been occupying most of my time recently.

Any votes for "Flat Stanley Helps Potty-Train the Twins"? 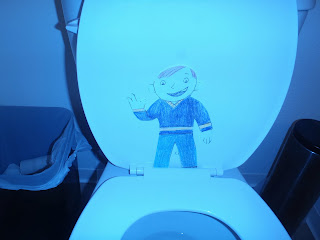 So far Stanley's vacation has been a real drag.
Posted by Christie at 12:00 AM 1 comment:

So, the twins leave little handprints all over the place. 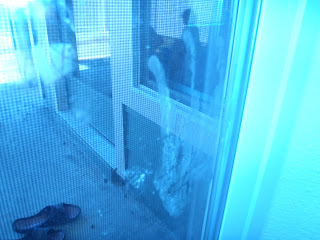 I know this is to be expected with little children; however, I'm beginning to sense the insidious infuence of TV behind their seemingly innocent little finger marks.

I came upon Baby Boy slapping his hands on the window and proudly declaring, "A clue! A clue!"

AHA! It's YOUR fault, Steve Burns!

I mean, seriously! Who EXACTLY thought it was a good idea to ENCOURAGE kids to make handprints all over the place?

(Not to mention a certain Traci Paige Johnson...)

Although, I guess Steve should be proud that he's still influencing the preschool set, almost a decade after he decided to reinvent himself and become a rock star.

Hmmm. How's that working out for you, Steve?

At least the little ones still remember you....

(above images from tvrage.com and stevenburnsrocks.us, respectively.)
Posted by Christie at 7:34 PM 1 comment:

Last night I made dinner before leaving for my hula class.

When I came home the dishes were waiting for me. (Nice to know I was missed.) 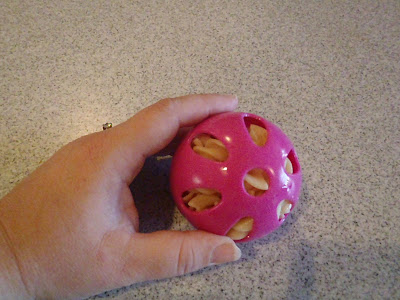 Apparently Baby Boy stuffed all his noodles from dinner into this wiffle ball. Then he couldn't get them out.

Neither could I, for that matter.

I guess it's either wait for the noodles to dry up and fall out, or throw the whole ball away.
Posted by Christie at 2:35 PM 2 comments: 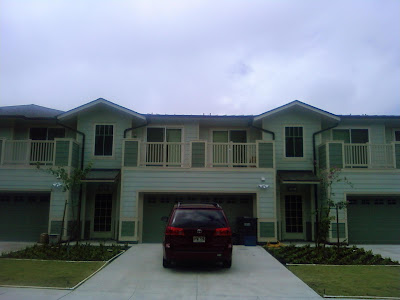 I've been offline for a while because I had a surprise move.

You probably think that's a joke, but it isn't.

I've known for a while that the house we were living in was going to be torn down at some point, but the military housing office could never tell us when or where they would be moving us out. Then when they decided to do it, they shoved us right out!

On a Tuesday at four o'clock p.m., they took us to look at a new house. On Wednesday at nine o'clock a.m., movers arrived at our old house to pack us up and and ship us over there.

So I've been unable to write on my blog for two weeks. I was a little busy.

Plus my internet was turned off.

When I came back online, I had 237 messages in my e-mail inbox.

So anyways, now we have a new home with more space. And a fabulous view! 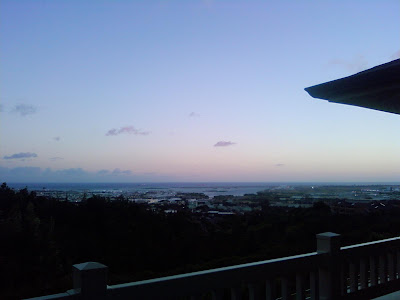 The packing was all done so fast it's kind of a fun surprise opening boxes.

Okay, not really. But moving in was an adventure.

Here's a photo of the movers bringing boxes upstairs through the front window. I thought this was funny, if a litle unorthodox. I hope their boss doesn't see this and get upset. 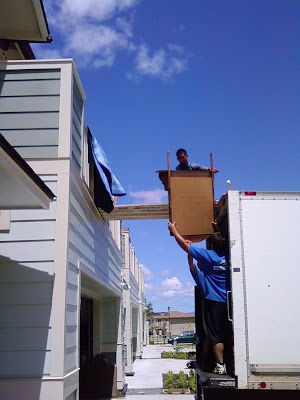 Now to go unpack another box...
Posted by Christie at 1:26 AM No comments: