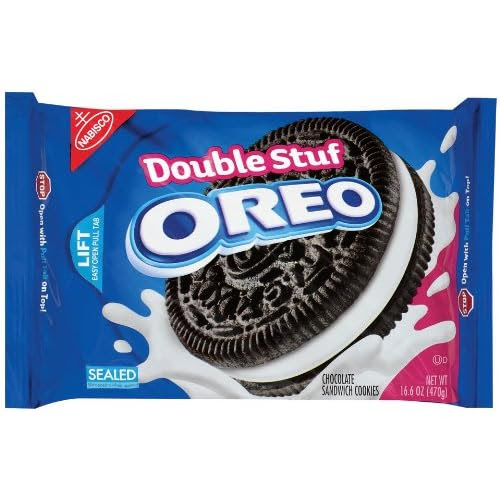 I bought some Double Stuff Oreos at the commisary and hid them when I got home because...

Obviously the answer is (D), as anyone who's ever taken a multiple choice quiz knows. (It's a rule; if "all of the above" or "none of the above" appears on the list, it's the right answer. Unless it's a trick.)

Anyways, one night after all the kids had (supposedly) gone to bed and I was working on the computer, ET emerged from the kitchen munching something suspiciously black and white.

I asked her what she was eating, hoping she wouldn't say, "Oreos."

I said, "Aw, man! You found my secret Oreo stash?"

A slow smile spread across her face. "Actually," she said, swallowing. "These were in a Lunchable in the fridge. But thanks for letting me know there's a secret Oreo stash."

She went back in the kitchen and came back a minute or two later. "Found it!" she said trimphantly.

I sighed in defeat. "Just don't tell your sisters, okay?"

(above image from amazon.com)
Posted by Christie at 12:00 AM