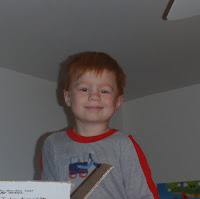 Little Boy, my four-year-old, received a present at a holiday party packed in a gift bag.

He removed the decorative paper from the top of the bag and asked me, "What's this?"

He looked at it, puzzled, and wandered off.

I told him it was, and he left again.

A few minutes later he was back. He handed me the paper. "Is this tissue?" he asked.

I took the paper and said with exaggerated patience. "Yes, Little Boy. It's tissue."

Is There an Award For This?

Little Boy came out the other day in this outfit he'd apparently made himself. 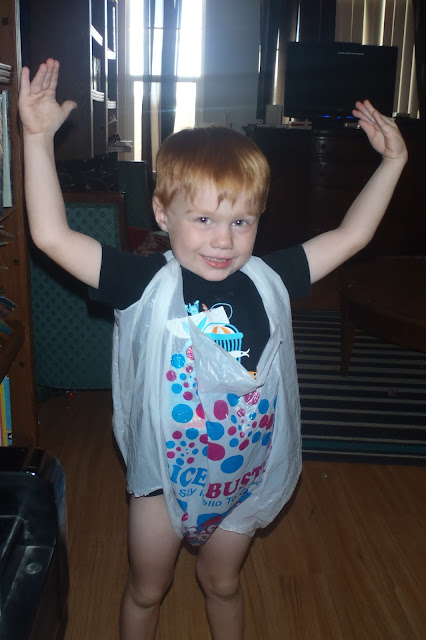 ET says we could win the White Trash Clothing award with this one.
Posted by Christie at 12:00 AM No comments:

I took cupcakes to Boo's class for her tenth birthday earlier this week.

Incidentally, this is the first place we've ever lived in which such things were not prohibited. According to public schools in most other states, it's not fair to the other kids if some kids' moms acknowledge their birthdays with in-school treats, and besides, sugar is EVIL.

Anyways, after the treats had been passed out and it was time to leave, there were three lone cupcakes left in my plastic tray, which I had to transport to the car through a sea of children who'd just been let out of school.

I held tightly to my tray. I knew that if I even cracked the lid I'd be mobbed. I felt like a tourist right off the cruise ship, cluching my purse while beggars swarmed around me. There were only three cupcakes, after all. If I tried to give them out a riot might ensue.

I walked on, looking resolutely ahead, trying to get to the parking lot. A boy came up and began walking along directly beside me, looking sadly down at my tray as we moved along. He sighed deeply. I ignored him.

The boy sighed again. I walked faster. He kept up. After a moment, he finally said, "You know why I'm so sad?"

I didn't say anything. He went on anyways. "I'm sad because there's a kid in my class and her name is Boo and she brought cupcakes to school and I didn't get one."

This got my attention. "What?!" I said. I called Boo back (she was of course walking nowhere near me and my forbidden treasure tray) and asked her, "Is this boy in your class?" She said he was.

"Did he get a cupcake?" I asked. Boo looked at the kid, and said, "No." I asked why not, and received a long explanation from the boy that began with "I accidentally forgot to..." and didn't really make much sense. 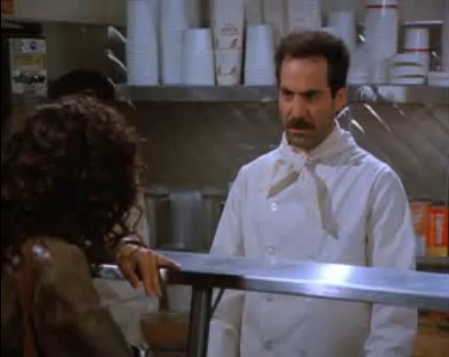 Apparently he'd been in trouble for some reason and the teacher had gone Cupcake-Nazi about it. ("No treat for YOU!")

Now, as I've said before, I support my kids' teachers and their right to enforce classroom rules as they see fit.

Still. These were my daughter's birthday cupcakes. They were intended for the whole class, even kids currently in disgrace for whatever reason.

I ducked behind my van and slipped the boy a cupcake. 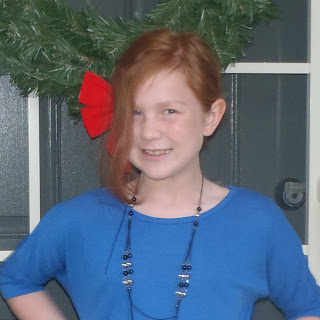 The Recorder Incident: A Story Told From Two Perspectives


I woke up one morning to see Little Boy in my room taking off his pajamas, informing me nonchlantly "There's pee on these," as he kicked the PJ pants across my room. As I dragged myself out of bed, he cheerily returned to his room and brought in all his soiled bedding as well, adding the blankets to the pile of wet clothes.

While I was stuffing all of that into the laundry basket, ready to wash, Little Boy went rummaging in his room and emerged with a recorder.

Remember the recorder? That piercing, shreiking, whistle-like instrument they teach you to play in elementary school? The twins each received one on their last birthday from a nice neighbor. (I'll get her back one day...)

Anyways, he came out playing the recorder at top volume, "Tweet! Tweet! TWEET!" Repeatedly. As I may have mentioned, the sound of this instrument has an icepick-to-the-ear feel to it.

I decided to ignore it and continue to get ready. At this point in my life, I'm getting to be a master at ignoring annoying sounds, by the way. Could that be my superpower? I went into the bathroom so I could get dressed.


I could still hear the recorder blasting outside the bathroom door. "Tweet! Tweet! TWEET!" Over and over. Then I heard another door forcefully opening, stomping feet coming, and Little Boy yelling.

"ET hit me!" he said. I figured his 16-year-old sister had come out of the other bathroom where she was getting ready for school and had popped him on the head to make him stop playing.

A minute or so later I heard the door-slamming-open/stomping-feet-approaching combo again.

Little Boy yelled, "She took my whistle!" I wondered why she hadn't done that in the first place, to be honest.

She tried to ignore it. "It's okay," she told herself. "Mom will make him stop soon."

But the high-pitched, earsplitting noise just kept on.
(image from yahoo.com)

Finally she stomped out of the bathroom and saw her four-year-old brother, compleltely naked in the hallway, crouching down and aiming the recorder under the bathroom door as he played the same sharp note over and over and over.

She took the recorder from him, conked him on the head with it, and went back into the bathroom, slamming the door behind her.

(Remember my well-meaning neighbor? An instrument for each twin!)

So ET slammed her way out of the bathroom again and took the second recorder away.

...And silence momentarily reigned.
Posted by Christie at 12:00 AM No comments:

I asked my husband and the kids to brainstorm ideas for this year's Christmas card photo.

Since last years's photo was creative and fun, I thought it would be great to do it again. The main reason it had gone so well then, was because the kids had helped come up with the idea.

(As opposed to moaning and groaning and complaining the whole time because Mommy was making them take a family photo, as in previous years.)

At first I thought I'd made a big mistake though, because they had some pretty wild ideas:

1. Make a snowman out of red dirt and pose next to it.

2. Take all our furniture outside and sit on it like it's our living room.

3. Pose in front of the neighbor's house, pretending to peek in their windows.

4. Go up on the roof and take a picture.

5. Walk out into the woods where we'd "planted" last year's plastic tree and stand next to it again.

Fortunately, we didn't end up going with any of these. In fact we didn't do anything weird at all! 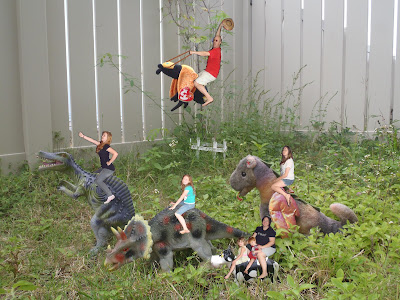 Today I played a full round of that fun game called “Where the Heck is That Awful Smell Coming From?”

I’m very experienced in this game, having played many times. It can be performed in different locations throughout the house or car; today’s edition was held in the twins’ room.

Last night I tried playing only the short version, but the removal of a sippy cup full of curdled chocolate milk and the slimy ooze-covered book it was resting on (both extracted from under Little Boy’s bed) failed to produce the desired end-game result.

In other words, the twins’ room still really reeked.

So today I attacked the problem in earnest. I picked up absolutely everything from the floor, then vacuumed and shampooed the carpet. I also moved all the furniture, vacuuming and shampooing underneath, concentrating especially under Little Boy’s bed. I went over every inch of that room.

Come to think of it, this game isn’t really all that fun….

(image from clipartof.com)
Posted by Christie at 12:00 AM No comments:

I'm not above stealing someone else's story for a laugh

This didn't happen to me. It's still funny.

My neighbor's seven-year-old son came in from playing outside with his ear streaming blood.

He was upset because he had broken...another neighbor's car!

That's right, (after bandaging up her child) my friend had to go and knock on her neighbor's door and say, "I'm sorry, but my son smashed your tail light...with his FACE!"

But at least she's honest. I mean, you couldn't make that story up!

(image from http://www.stylintrucks.com)
Posted by Christie at 12:00 AM No comments: