Why I'm Jealous of Heidi Klum

No, it's not because she's beautiful. And rich.

And THIN, even after having given birth as many times as I have.

It's because I read that she gets to sleep nine hours a night.

Yes, I did the math. I am VERY jealous.

(image from wikipedia)
Posted by Christie at 12:06 AM No comments:

We've been going to Family Night at the chapel on post. On Tuesday night they have dinner and then Sunday-school-type classes for kids and adults.

I love not having to plan, cook, and serve dinner one night a week.

It takes so little to make Mommy happy sometimes.

Anyways, this week the chapel decided on an interesting theme to liven up the dinner portion.

It was called "Eat Dessert First."

Words to strike fear in any Mommy's heart.

Especially one who is going to be teaching a group of six-to-nine-year-olds after the meal.

Most especially if she knows the Sunday school lesson for the day will involve......GLITTER.

So basically, I realized I was going to have to teach/entertain/wrangle twenty kids after they'd loaded up on cake, cookies, and brownies.

Oh, and by the way, the lady that usually teaches music (thereby relieving me of twenty minutes of class time) doesn't want to do it today. Because of said sugar-load-up, of course.

Can you say....Show the kids a Bible story video? I knew you could.

But we still had to do the glitter project. 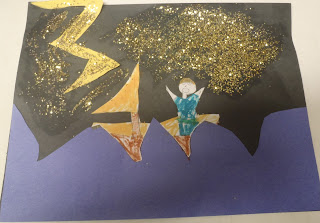 (This is Jesus calming the storm by the way.)

And here's a picture of all the glitter stuck in Boo's hair after class. 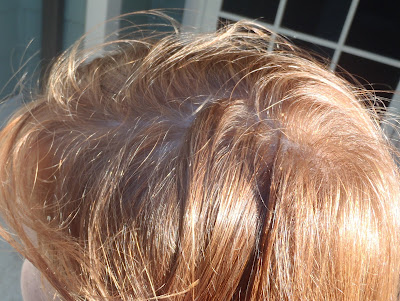 You should have seen the OTHER kids...
Posted by Christie at 6:24 PM No comments:

I think I'm going to blog about my hair


Uh oh. Did I just lose my whole audience with THAT title?

Hair is kind of a boring topic, isn't it? Still, amazingly enough, I found some actual bloggers who ONLY blog about hair.

Not as many of them as there are of the food bloggers, but still.

I was on pinterest (in other words, I was completely wasting my time in order to avoid folding the laundry) and I found all kinds of hairstyles. Particularly for blondes.

The thing is, I can't actually DO any of this stuff with my hair.

Or, more precisely, I could.... if I want to spend hours working on my hair and still accept that the style will only last approximately five minutes.

Here's what happened when I tried this simple hair tutorial. You can actually click on this and watch this lady's video how she did this with her hair if you want.

This one was relatively easy, and here's how it looked on me. 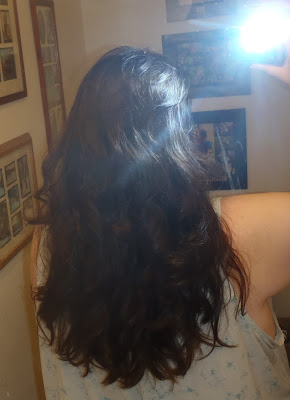 Hey look! It works on brunettes too! (Just not quite as well....)

Unfortunately, it only lasted a few minutes. Good thing I took a picture right away.

I think that's what the hair boggers do....
Posted by Christie at 1:28 AM No comments:

They're Officially Not Babies Anymore

The twins turned four over the weekend.

We had a BLOWOUT party: bouncy house, face-painting, bubble machine, cupcakes, and Hawaiian punch. I think I invited like forty kids.

Fortunately they didn't all come.

We settled on the "carnival" theme since it's difficult to have a superhero AND princess-themed party.

These balloons are Disney Princess on one side and Spiderman on the other.

Anyways, now that the twins are older,  I'm going to stop calling them "the babies" or "Baby Boy and Baby Girl." They don't like it.

For the past several months they've been getting mad when someone calls them babies.

As ET said, "They prefer the term 'agely-challenged'."

So, let me officially introduce my four-year-olds.... THE TWINS! 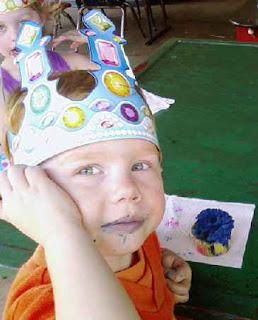 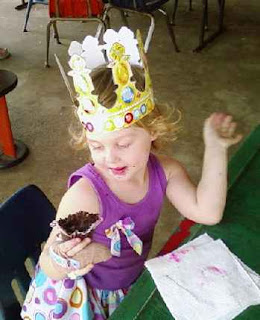 Little Girl
These are pictures of them eating cupcakes I brought to their preschool class. Yes, I bought bakery cupcakes piled with icing made from artificial, mouth-staining dyes.
You're welcome, Other Preschool Moms.
And by the way, OPM's, thanks for the shredded paper in the class Easter baskets. And the whistles in the Halloween treat bags.

Three Snapshots of My Life

(1) What my cart looks like when I go to the commissary for "just a few things:" 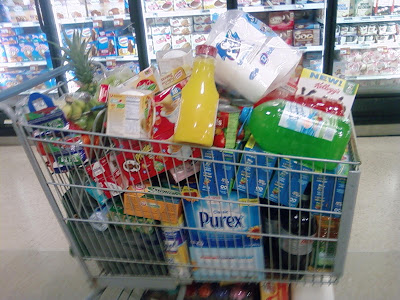 (2) What happens when I don't check the kids' pockets before doing laundry: 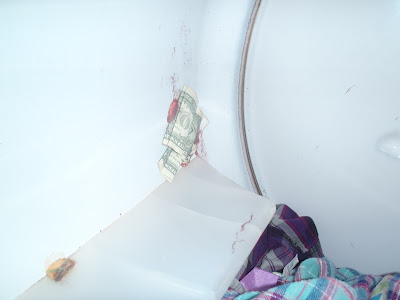 Does the discovery of the money cancel out the grossness of having to scrape gum off the dryer drum? Um... no. Not really.

(3) How dinner preparations looked when I couldn't find the can opener ANYWHERE: 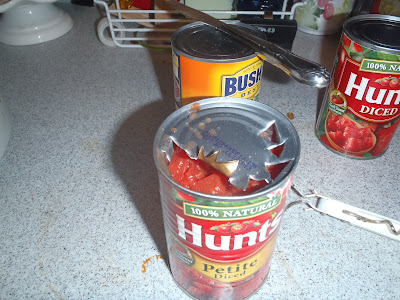 It looks like Wolverine opened that can of diced tomatoes, doesn't it?

By the way, the reason I couldn't find the can opener was because it was in the trunk of my husband's car. At work.

In the first place, I blame Grey's Anatomy, House, and ER for corrupting the public's view of the entire medical profession.

But the truth is, my daughter's othopedist looks like he just stepped off the set of one of those shows. Plus he appears to be continually playing to some camera crew I can't see.

I mean, what doctor in a MILITARY HOSPITAL has five-o'clock shadow? At NINE A.M.?

I'm like, Dude. You are NOT Patrick Dempsey. Get OVER yourself!

I may just be irritated by the fact that we've had three appointments with this man, and he's actually looked at my daughter's broken finger for approximately five seconds. TOTAL.

Mostly he stands about looking relaxed in his scrubs and proclaims his lines in a studiedly casual manner.

Then he strides off and one of his minons comes over to do the actual work of caring for my  daughter's finger.

She's out of the cast now, by the way, and into a "soft bandage" that I'm required to change when she gets it wet or dirty. Which seems to happen at least twice a day. 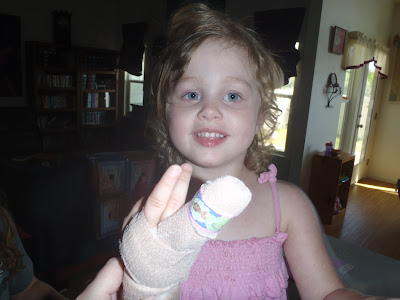 The last time we saw Dr. McWannabe-Dreamy he had an intern with him, so he talked to that guy as well as the invisible camera. He told all about what a good job he'd done with Baby Girl's finger, and how soon he would show said intern how to repair such an injury and do a fingernail transplant.

I didn't say this out loud. I just sat there while he made his exit and the minions swept in to do something for real.

Because Baby Girl's finger really is getting better. It's a little shorter than it should be, but under the bandage it almost looks normal now.

So I guess I shouldn't quibble about a little five-o'clock shadow and an invisible camera crew.
Posted by Christie at 5:49 PM 1 comment:

I said this last year, but April Fool's Day bugs me.

I just don't approve of a holiday that's all about lying to people and/or making them uncomfortable.

And yes, I AM a party pooper. That's why I'm MOMMY!

This year's annoying joke I heard about from an 88-year-old lady at church who lives in an assisted-living home.

She came down to the dining room Sunday morning for breakfast and they had a big sign up, "Dining room will be closed for lunch and dinner today due to health department violations."

Yes, it was an April Fool's joke. And she took it well. Unlike many other residents, I'm sure.

But should we REALLY be joking like this with the octogenarians? I mean, I get mad when someone messes with MY meals, to be honest. And I'm not trapped in the old folk's home with little else to look forward but banana pudding after lunch on Tuesdays!

I'm surprised no one had a heart attack.

This joke exemplifies all that I dislike about April Fool's.

Sorry if I sound too preachy here.

Just don't mess with the old people's banana pudding! OKAY?!
Posted by Christie at 12:30 AM No comments: