Guess who's going on a cruise...WITHOUT the kids? 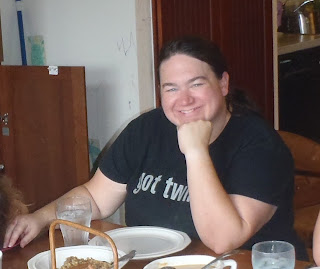 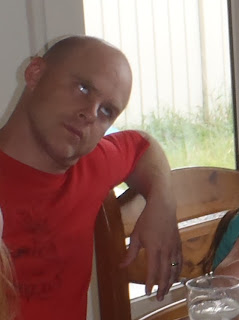 On valentine's day, it's nice to hear a story of everlasting love

Here's a sale ad I saw on facebook:
(I'll skip the details in the middle and go straight to the part I thought was funny.)

She probably should have added: "One thing that does not last forever: The Christmas present someone engraved especially for me. So please take it off my hands and give me the cash instead!"

At the movies again 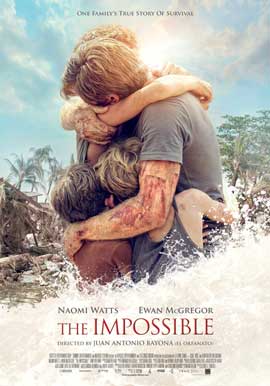 While I'm on the subject of movies...

My husband and I went to see The Impossible.

It was based on the true story of a family vacationing in Thailand at the time of the 2004 tsunami.

It was an amazing story and very well-done. Seeing such a tragedy from a firsthand perspective makes you understand it so much more. It breaks your heart to see so many families devastated, and the way the native Thai people helped others even in their own troubles.

I came home and looked up the real people to find out about them. They are a Spanish couple with three sons.

It turns out, this family is actually MORE attractive than their Hollywood counterparts. I found that astonishing.

I mean, to be fair, Naomi Watts and Ewan McGregor are all drenched and scratched up and covered with dirt the whole movie, but still. The real people are some good-looking Spaniards!

I guess the director made an artistic choice to white-bread the family for the movie. They even changed the last name to be more English-sounding. But I don't think that was necessary.

It's like they think movie-going audiences (read: Americans) won't identify with the family unless they are as lily-white as possible.

But (news flash!) not all Americans are white. And not all white people are blonde....

And maybe I'm biased, but I would NEVER choose a blonde to play me.

(image from http://www.crushable.com)
Posted by Christie at 12:00 AM No comments:

I took the girls to see Les Miserables at the movie theater.

It was very well-done, by the way. I've seen the stage show, and while I'll agree the quality of the singing was better with the Broadway cast, you can't beat the acting in the movie version.

Anne Hathaway singing "I Dreamed a Dream" is an amazing performance. Unlike Susan Boyle (et al), she realizes this a SAD song.

And anyone who disparages Hugh Jackman is just jealous that they can't be him. I mean, the guy is Wolverine, and he's an awesome tenor. Beat that! (Again, you can't.)

Still, in my zeal to expose my children to High Art, I may have neglected to notice the PG-13 rating of the film.

A fact that came to my attention rather blantantly during the...ahem...brothel scene.

Boo: What's going on?
Me: Um...well... She sold her hair and her teeth and now she's really sad.
Boo: Oh...
Me: Really really sad. And that man is being mean.
Boo: Okay.
Me: (whispering to ET) Maybe it was a mistake to bring Boo to this movie.
ET: Duh, Mom.

Oh well. Live and learn.
Posted by Christie at 12:00 AM No comments:

I guess it was inevitable.

With five kids (and one mom) eating all kinds of meals and snacks inside a mini-van, and some of them not being very conscientious about cleaning up after themselves, well... it was bound to happen.

Or, to be fair, a suspected infestation, based on the sighting of one cockroach by a squealing teenage girl. Who took photographic evidence with her phone. Ewww.

Drastic measures were required. I bought a bug bomb.

Then I took everything out of the van. Especially the trash. There was lots and lots of trash.

In fact, if there are not cockroaches living in my van, it's not for lack of edible bait. We practically have a sign up in there declaring: "Free Food! Come All Vermin! Come Eat And Be Satisfied!"

On the upside, I did not encounter any bugs while cleaning out the van. Although each time I stuck my hand in the deep recesses under the seats and pulled out handfuls of sticky plastic toys, empty chip bags, and mostly-empty candy wrappers, I shuddered inside.

Every time something strange brushed my hand, I jumped. (It was always just more trash.)

I closed up the car and set off the bomb. I'll air it all out tomorrow.

Will there be insect casualties? We shall see....
Posted by Christie at 6:48 PM 5 comments:

I love books. I really do.

I read approximately ten books a month, and I don't own an electronic tablet. Call me a Luddite, but I really think nothing compares to a REAL book in your hands.

I pinned this photo on my pinterest page because I even like the smell of books. Judging from the number of times this image has been repinned, I'm not the only one.

However, apparently I don't love books as fanatically as the staff of my local library, whom I call the Book Gestapo, I mean the Library Police.

I visit the library about once a week. I keep my vists as brief as possible, though, due to a conflict with library security. (I know, I seem like too nice a girl to have such a thing happen, but I was actually bounced from the library a couple of years ago. Click here to read about it if you missed that story.)

Now apparently the Library Police are upset with me on another front. Namely, they feel I don't give the books enough reverence when I read them. As in, I don't don plastic gloves and a surgical mask before opening the pages, I suppose.

Once they caught me folding down page corners, and noted my record accordingly.

Then last week, the man at the desk told me I'd been accused of smudging a page.

(I'll bet you think I'm making this up. I'm not. I promise. These people are nuts, I tell you.)

He said I needed to call the downtown branch and ask them what I needed to do to clear my record of this heinous allegation.

So I called them. The lady at the circulation desk said she'd look it up and call me back. After a couple of hours, she returned my call and said that apparently I'd returned a book last summer with a smudge on one of the pages. However, they'd cleaned it off successfully. Hooray!

So the stain upon my library record has been likewise expunged.

Until the next time I accidentally drop a cookie crumb inside a romance novel or something. Sheesh.
Posted by Christie at 12:00 AM No comments: