So it's April Fools Day. I've said it before, but it's not my favorite holiday.

But this year the twins are apparently able to understand the concept. Sort of.

Little Girl said to me, "Mommy, my teacher said it's April Fools!" When I agreed that it was, she suddenly got a mischevous look on her face.

Barely containing a giggle, she said, "Mommy there's a sucker on your head!" I pretended to gasp and check my head, and she laughed and laughed. "April Fools!"

This gag got less funny as the night went on, by the way. (For me, I mean. She still thought it was a  riot.)

Anyways, this year there are some neighbors playing pranks on one another. For example, one neighbor gave another a plate of brownies: 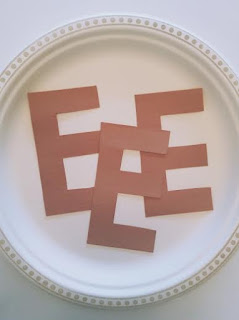 Isn't that cute? (And no Ex-Lax involved. Admit it--you thought it would be Ex-Lax, didn't you?)

A neighbor kid played a less-cute prank at my house, involving a rubber band and my sink sprayer, so that when I turned on the kitchen sink I got sprayed in the face with water.

Here's a dramatic recreation with a model who is obviously not me:

That kid is lucky she's not mine, and therefore gets to live to see April 2nd.
Posted by Christie at 7:00 PM